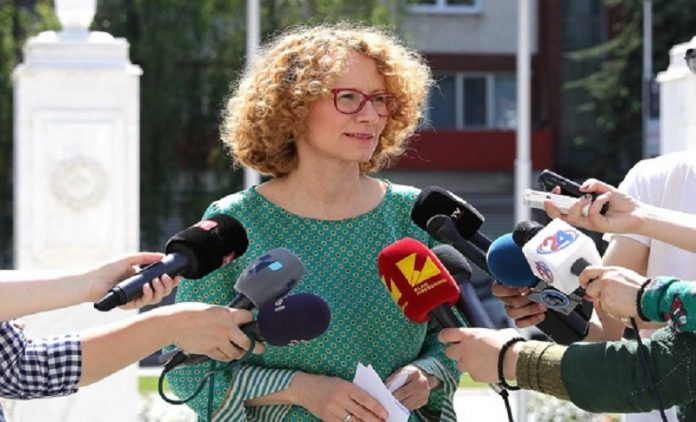 Each of us is equal before the law and we support and expect institutions to do their job. None of us expects political protection, none of us would get it, Defense Minister Radmila Shekerinska told a press conference.

“This country has changed and when there’s crime, the institutions take action. The moment certain information came out, it was the prime minister who reported to the competent authorities,” Shekerinska said in response to a reporter’s question about the Racket case and President Pendarovski’s call for action.

Asked about calls for political accountability, Shekerinska noted this shouldn’t be identified with the government only, as this institution wasn’t the only politically accountable one, but everyone that had been involved and allowed such crime would be held accountable.

Regarding the army’s and the country’s vulnerability to cybercrime, the Defense Minister said cybercrime was not a threat to North Macedonia only, but weaknesses in terms of new cyberthreats were seen in all other countries.

“When it became apparent that there was a chance to receive NATO invitation, I warned then and I also warn now that there are many people both in the country as well as out of it who believe they must do everything they can for our country not to join NATO or start EU accession negotiations. It’s our strategic interest not to let them succeed.

“Therefore, we need strong institutions, we need politicians who won’t compromise the rule of law,” Shekerinska noted. “There will be attacks, but we’ll show that our institutions and our country are strong and will withstand such attacks.”

“Anyone interested to help shed light on the case, hold accountable all those who have broken the law or been involved in crime and corruption should demonstrate support in the most clear and visible way, i.e. by supporting a law that would help form a prosecutor’s office to fight not only against crime but high-level corruption,” said Shekerinska.