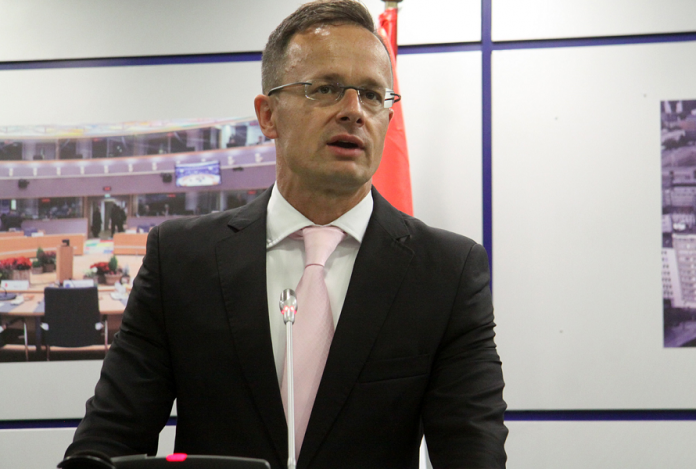 Postponing the start of the accession negotiation was unfair for your country, because everyone was aware of the schedule and there was enough time for preparation. I find the argument about the lack of time as ridiculous, because you have been a candidate country for 14 years and this is enough time, said Hungarian Foreign Minister Peter Szijjarto, who is paying a visit to North Macedonia on Monday.
FM Szijjarto said Hungary considered EU enlargement as one of the most important processes, while enlargement to the Western Balkans is in the interest of the Union, both economically and from a security standpoint.
“We believe that EU enlargement is in the Union’s interest and the decision to postpone the start of the accession negotiations is a great loss for the EU and goes against Hungary’s interests. We are a neighboring country to this region and that is why we are sensitive to the significance and the need for Euro-integration,” said Szijjarto.
He added that Hungary would continue to support North Macedonia’s Euro-integration process and the stability on its southern border, where joint forces have been deployed.
Asked about the asylum of former PM Nikola Gruevski, FM Szijjarto said his presence in Hungary is considered as a legal issue and has no influence on the country’s foreign policy.
“We are one of the most vocal supporters of your country, both publicly and behind closed doors, and this will continue in the future,” he added.

Deputy PM for European Affairs Bujar Osmani said the meeting with FM Szijjártó was dedicated to the Euro-integration process, the European Commission Progress Report and the Council conclusions.