There are not enough doctors, especially specialists for the announced wave of new employments in healthcare, warn doctors from other towns in Macedonia who still have problems due to lack of staff. While Health Minister Venko Filipce announces new vacancies in September, they are wondering how to find good staff as doctors and nurses go abroad, while specializations are not approved for years.

– We send people to Skopje for basic surgeries. Sometimes even the bigger hospitals, such as the one in Stip. Instead of doing interventions at their facilities, they send the patients to us. They do not have the staff, and we are overburdened because we also examine and operate patients from all over Macedonia, and also monitor those in the ward – says the urologist from the former Military Hospital in Skopje. 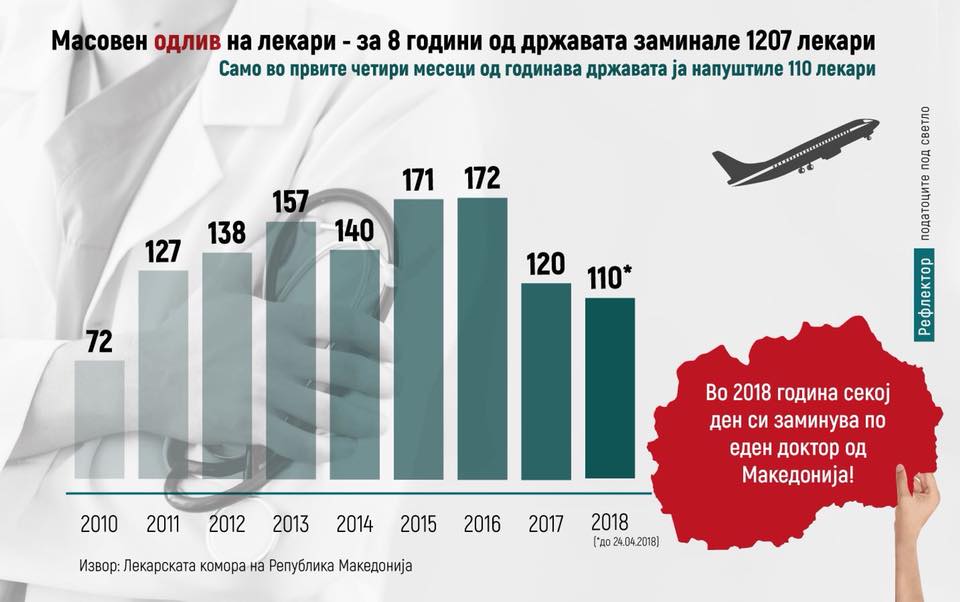 1,200 employees were employed in healthcare in the past six months. This number needs to be at least doubled. In addition to urologists, both in Skopje clinics and in smaller towns, there is lack of pediatricians, gynecologists, orthopedists, cardiologists etc. And a good deal of those who are already here are looking for a way to leave. The number of doctors leaving to work abroad has increased dramatically since 2011 and has grown steadily. According to official data from the Doctors Chamber, only in the first four months of this year, 110 doctors have left the country. In the last seven years, including the first quarter of this year, 1,207 doctors left the country. On the other hand, in September the Ministry of Health will publish ads for new employments. Most are needed in the Health Center – Skopje, one hundred new employees are needed in the Stip Clinical Hospital, 80 new positions were announced three days ago at the Clinical Hospital – Bitola etc.

– We have three medical faculties and I personally think that there is overproduction of staff. The problem is not only that doctors leave, but also the quality of those who remain here. Well, since we are all potential patients, we are all asking the same question – who is going to treat us? I think decentralization in health care needs to be done. To make this happen, young doctors should be the first to be employed, once the state stimulates them. Probably everyone would want to stay where he or she lives with the family, where he/she has an apartment and lower living expenses, but you have to give them a professional challenge,” said Dr. Albert Leshi, a member of the Chamber’s executive board. 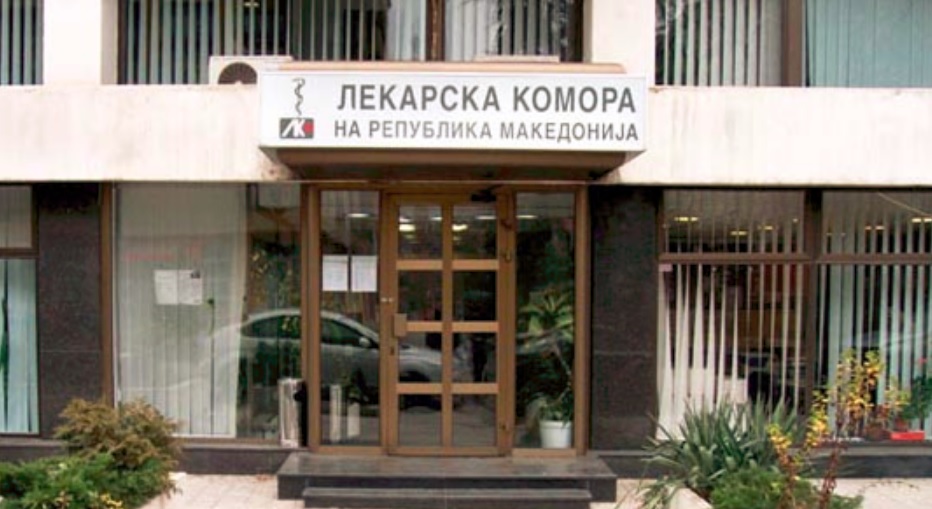 The Association of Specialists and Young Doctors (ASYD) believes that this will not solve the problem. – It is already late to try to fill the province’s shortage of staff. The catastrophe is inevitable given the fact that the state does not have any ready-to-work specialists in a sufficient number, nor doctors with education in progress, and the current measures are far from the required seriousness. The only move for depreciation for us is serious and professional upgrading and establishment of regional centers that would take over the role of the buffer zone between the periphery of Macedonia and tertiary healthcare, is the Clinical Center. In the meantime, in the absence of a specific strategy and plan for young doctors, the practice of party employments continues, but what worries the most having any fresh ideas concerning the future, said Dr. Nenad Lazarov from ASML.
Filipce announced that the problem will be solved by regionalization of the health system on the territory of the whole country.

– If there is a lack of staff from a certain profession in a hospital, it will be upgraded with doctors who will come there and will work in another hospital. In this way, we stimulate additional work for doctors, which additionally increases their income. But we cannot have centers that have all the services in every city. It is impossible and it is not a European practice. In this way, we plan to fill this gap – said Filipce. 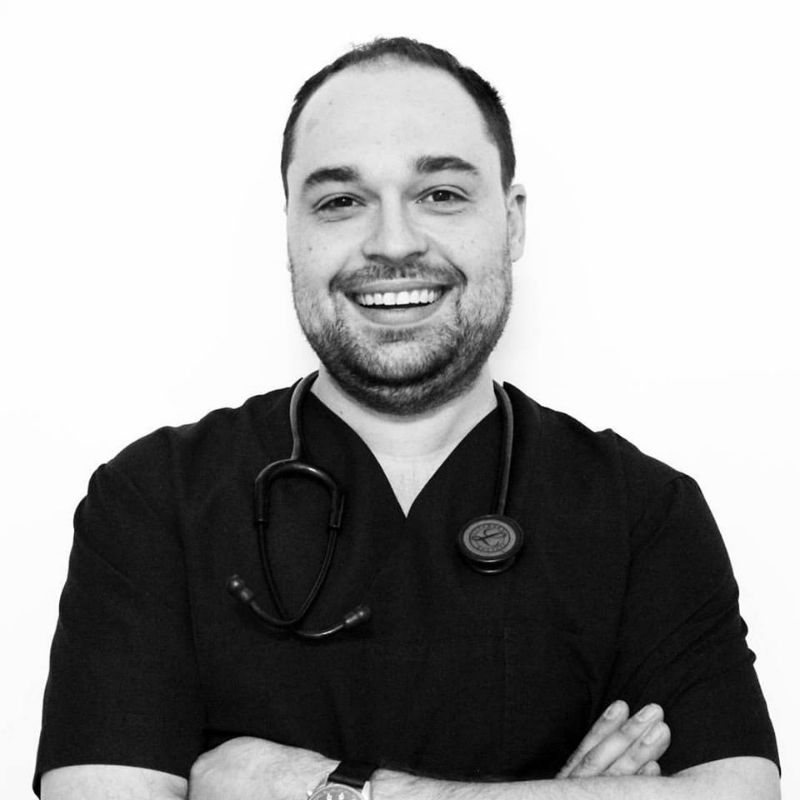 Dr Nenad Lazarov: A drastic measure for the catastrophe

The association of trainees and young doctors urges the state to take radical and drastic measures to reduce the disaster ahead, and whose effects will be particularly evident in 2020 and 2023 when, according to their analysis, nearly 60 percent of currently active specialists will retire.

– The problem is particularly noticeable in several specialties such as gynecology, ophthalmology, endocrinology, urology, orthopedics, etc. where at this moment we have a disastrous deficit. The situation with general doctors, doctors with an average age of 57 is similar and there is very poor dispersion – says Dr. Nenad Lazarov from the Association.

According to him, the proposal to return the young specialists to their place of residence is not serious and is not based on a serious analysis.
– We are waiting for the management’s leadership for more than a year, hence the issue with which law and on what data are the conclusions or draft solutions made? The return of trainees to the place of residence is an anti-constitutional thesis. Apart from the fees for private trainees, regulated without a legal solution, all remaining problems that we are appealing since 2013 remain unresolved. Lack of social contributions, huge sums for private specialization, unpaid 24-hour duty hours, no continuity in announcing specializations, inadequate knowledge transfer, employee contracts in PHI and many others. Then it was 5 to 12, now it’s 12 and 5 – says Dr. Lazarov.