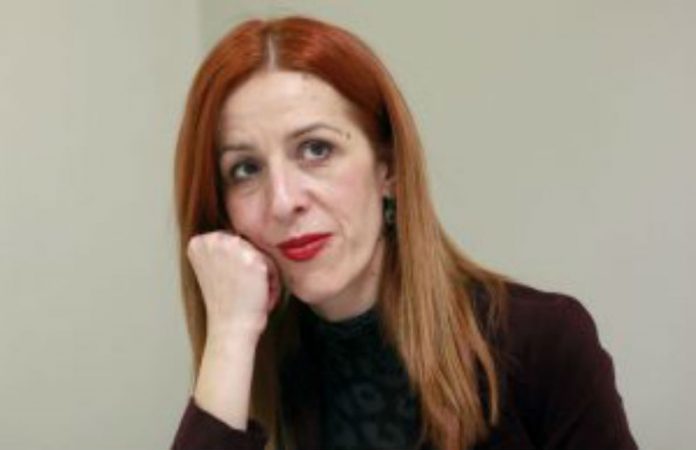 In the absence of more bombastic information about Euro-Atlantic integration, or the “Racket” case, or the Law on Public Prosecution… and some similar topics of greater political caliber, one of the main news yesterday was that Interior Minister Oliver Spasovski spent the weekend more relaxed than usual. He managed to plant three trees in Kumanovo, responding to the challenge of his party colleague Ljupcho Nikolovski and causing three other party members to do the same…
As of today, Spasovski returns to his state duties, so he, along with Deputy Foreign Minister Andrej Zhernovski, is traveling to Geneva, where he will report to the UN headquarters on refugee and refugee-related policies in the country, in line with the UNHCR agenda. To his more promotional activity, as SDSM vice-president, he is likely to return during the long weekend, which will probably be in the pre-election mood as well, as was the weekend when both the ruling party and the opposition turned on their parallel and opposing campaigns they started one year before the regular term for the tenth parliamentary elections in the country.
The example with Spasovski is actually not the only one, nor is it essential to the latest political developments in the country, but it can serve as an illustration of the movements on the political scene – after closing several major issues in the field of bilateral and foreign policy, on the other hand, the opening of several corruption scandals, and above all in the “Racket” case, which practically ruled against SPO. Now, given some full-fledged NATO membership and the expected start of EU accession negotiations, followed by “entering” election year, launching the “On the right path” and “Renewal of Macedonia” campaigns is only unusual at first glance from the aspect of timing.
In fact, it is a “non-election” campaign, to position the two largest parties on field – between membership and citizens – in anticipation of rounding up some major issues in the domain of the country’s strategic priorities. This will create the preconditions for a new political reality in the country, depending on how SDSM, as the ruling party, manages to capitalize on these important achievements for the country in foreign policy, despite a series of failures and unsuccessful domestic policies, which in the latest (presidential) elections cost the party a very narrow advantage over the opposition and low voter turnout, well before the unveiling of the “Racket” affair.
VMRO-DPMNE, on the other hand, has a mission to minimize the role of this government in returning the country to the Euro-Atlantic path, by exaggerating mistakes in the exercise of power and relativizing its “merits” in terms of blocking the Euro-Atlantic process, the most explicit of which was the example of the boycott of the name referendum, and then of the constitutional amendments that followed the Prespa Agreement, as is the case now with the reluctance to provide consensus on the law on Public Prosecution, the population census, or amending the Electoral Code.
And while the caravans of VMRO-DPMNE and SDSM pass each other, other moves are taking place on the “sidelines” of the political arena, i.e. initiatives to form two new parties – one is the so-called “Concept for Macedonia”, which targets dissatisfied VMRO-DPMNE members, who have excluded or degraded numerous well-known or lesser-known figures, mainly because of showing support for the Prespa Agreement as a guarantee of opening the country’s Euro-Atlantic perspectives. The second “Your Party” is aimed at the political center, but given the platform it announces, it is certain that there would be a better breakthrough among voters in the “orbit” of SDSM than in the right-wing camp.
Such initiatives for a new political entity are, in fact, not something unheard or unseen so far in a year of parliamentary elections. It was expected that there would be a need to refresh the political offer. Given the inability of VMRO-DPMNE’s current leadership to reform itself after the change of party leadership and the continuation and opposition of policies such as those during Gruevski’s rule that led to the blockade of the country’s Euro-Atlantic processes, it was a matter of time when the discontent of the more liberal and more progressive party staffing will resurface. It was also expected that a larger critical mass would be created around SDSM, given the inability of this party after coming to power, to practice justice as expected when the “Colorful revolution” was parading through the streets of the country.
All this is legitimate and welcome for pluralism and democracy in the country. The only question is whether the new political entities that are announcing could position themselves appropriately in the next election and stand outside the “roofs” of the major parties. Because SDSM and VMRO-DPMNE, as well as DUI, if not for anything else, then at least they have a tacit consensus that the six-constituency model is not so bad as not to be practiced anymore, despite their public implications that it would be useful to introduce one or three constituencies or restore the majority model. In fact, mostly because of the electoral model that has existed since 2002, the smaller political parties find it difficult to win a seat in Parliament on their own, and even if they see initial success, it is a one-off.
However, there is still hope that in the upcoming year SDSM and VMRO-DPMNE, DUI… may take a break from the campaigns they have started and will sit down to reach an agreement on new election rules and a new election model. Because campaigns, especially when they are not in the critical pre-election period, must not be used as excuses for lack of reform.