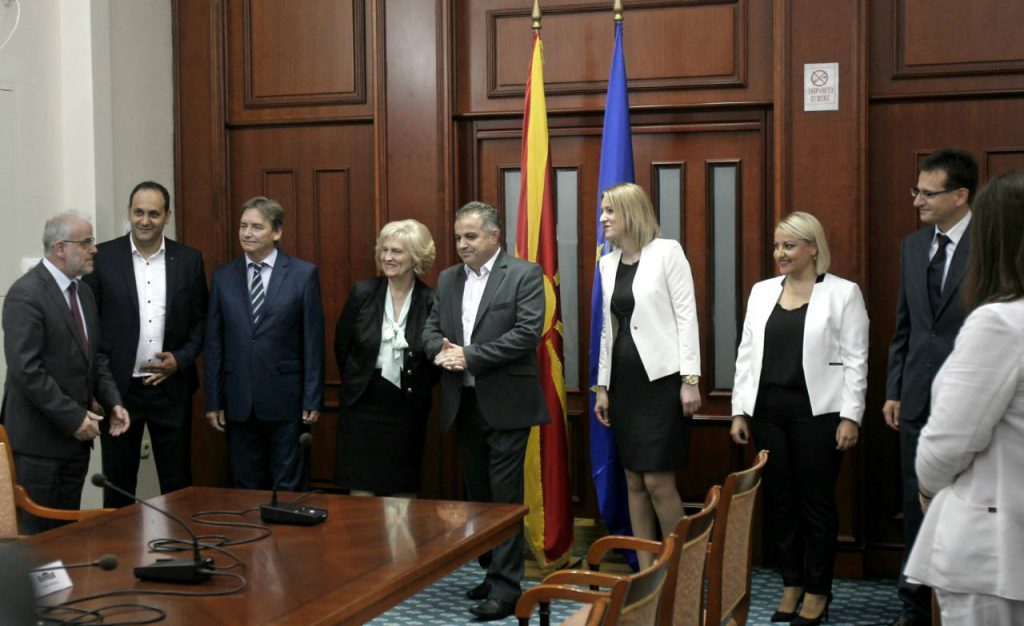 Swearing in ceremony was postponed on Friday because of Xhaferi’s trip to Pristna.

SEC president Derkovski told the press the Commission members would do everything in their power to hold a successful referendum.

“We were sworn in today,” Derkovski said, “which has established the SEC. We now expect from the Parliament to make important decisions regarding SEC duties, as well.

“If all goes as it should—and you see these people, they’re all experienced, and most of them have been SEC members before—I think we’ll agree on our main task following the laws and Constitution of the Republic of Macedonia.”

Derkovski vowed the Commission would be transparent in its work.

He added that addressing irregularities on the electoral list is SEC’s continuing duty, promising that the newly elected members will further contribute to solving any remaining dilemmas.