Antonio Milososki backed Vlatko Gjorcev’s candidacy for the upcoming presidential election. The former minister, who speculated he was one of the opposition’s favorite candidates for Gjorge Ivanov’ successor, congratulated his counterpart on Facebook for his motivation and promised to vote for him at the convention in Struga.

“The most important for such support is that with Gjorcev we share close views on the foreign policy priorities of the Republic of Macedonia (embedded in the Macedonian-American strategic partnership I signed in 2008, the strategic partnership with Turkey, the partnership relations with the EU member states and the determination for proactive multilateral diplomacy in the OSCE, the UN and the Council of Europe). I appreciate that Vlatko Gjorcev as a person firmly advocates promotion of family values ​​as a fundamental foundation in the society, and as an MP, he knows very well what it means to be directly elected by citizens as a fundamental value in democracy.

The low turnout on the illegal referendum, where the majority of Macedonians clearly opposed Zaev’s imposed project for changing the constitutional name of Macedonia, was the correct attitude of Vlatko Gjorcev, but also the position of the largest number of voters in the whole country.

Since 2006, Gjorcev has successfully confirmed his electoral legitimacy, and the confidence of the voters with a winning result has been confirmed by both the third and the sixth constituency.

As VMRO-DPMNE’s secretary for international relations, Vlatko Gjorcev has gained significant experience and I appreciate that he follows the example of Boris Trajkovski, who set the track of party international contacts before being elected president.

I am convinced that Vladimir Gjorchv has the potential to win the support of most of the delegates of the VMRO-DPMNE convention on February 16 in Struga. Good luck and I wish you success,” said Milososki. 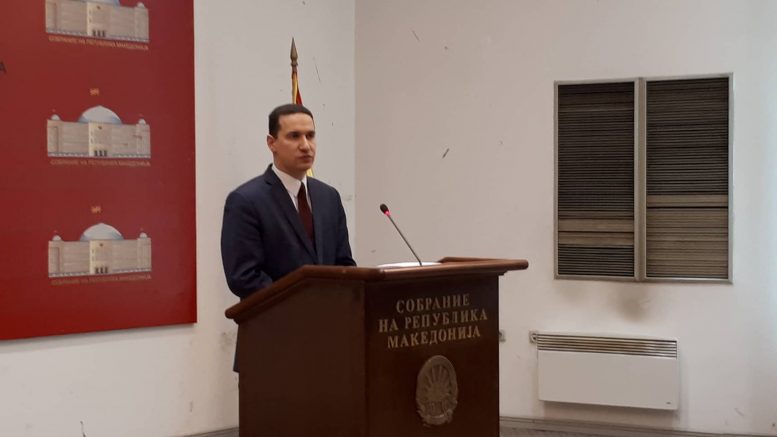