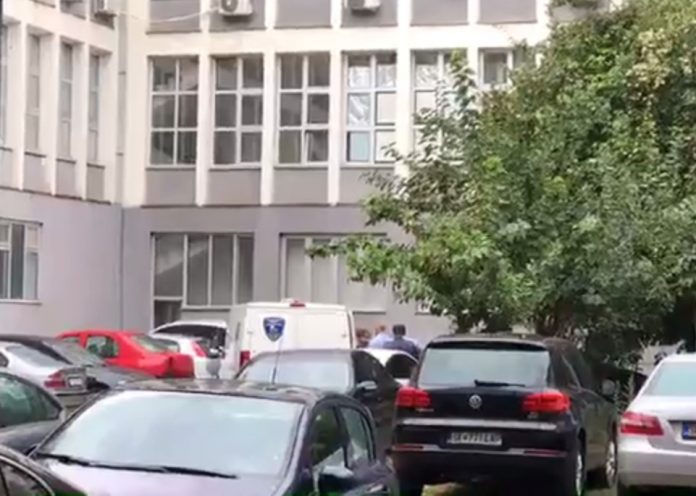 Former SPO head Katica Janeva was brought to the Prosecutor’s Office today where she is due to make a statement about the “Racket” affair.

The police brought Janeva with a police van, handcuffed.

Janeva has been in detention for more than 30 days and is suspected of abuse of office.

Thee two other suspects  Bojan Jovanovski-Boki 13 and Zoran Milevski are also in detention.

Suspect Jovanovski refused to give a statement before the prosecutor handling the case on Tuesday, saying he had previously sought to examine the evidence the prosecution had against him.