GROM’s leader Stevco Jakimovski estimates that with Gruevski’s escape we are all defeated: both the government and the opposition, the whole justice and himself.”But the biggest culprits are those who created the assumptions about the escape. Human rights violations, procedural law violations, trial without a lawyer, trial in enormously short deadlines, trial for a ridiculous criminal act for the purchase of a Mercedes, and not for corruption, the insistence to close at all costs, hitting the timing when there is a debate on constitutional amendments – made this case a classic political and tampered one. I am sorry that the Republican Judicial Council did not take Gruevski’s accusation seriously that the Appeal was pressed to rule this verdict. I am deeply convinced that this case will cause further damage to the Council of Europe. Knowing of Viktor Orban’s sappiness, my assumption is that we are not talking about a simple case of asylum request, but many questions will arise about what is happening in Macedonia. All this will go to the detriment of all citizens thanks to the ‘Kacarska Judiciary’, which replaced the ‘Swarovski judiciary’. At the moment, we have a judiciary that is characterized by its brutality, unprincipledness, vindictiveness and disrespect of the legal regulations and the presumption of innocence,” Jakimovski said in a statement for Nezavisen Vesnik.

He appeals to the public not to be naive about the whole case and possible agreement from the government and the opposition, because it is very indicative why the eight fugitives from the ‘For Better Macedonia’ coalition did not vote in the same way as those in power to deprive Gruevski of his MP mandate, as was the case with constitutional amendments.

“Let’s not kid ourselves, if Zaev’s order was to strip Gruevski of his mandate – it would have been taken away. That, in my opinion, means that there was some kind of a deal. Also, it is symptomatic that Minister Spasovski made excuses such as the one that he did not have a court order to monitor Gruevski, and only six hours later Mile Janakievski and Kire Bozinovski were detained on the grounds that the UBK was aware that they were preparing for escape. Wait, didn’t you say you have no permission to follow suspects?”- asked Jakimovski.

MP Ivan Stoilkovic points out that this is one of the biggest slaps since the independence of Macedonia on the internal and external plane. 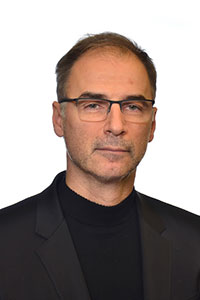 “It is one of the biggest slaps in the face since the independence of Macedonia on the internal and external plan. You can spin as much as you like, but the mere fact that Gruevski will receive asylum in a state of the European Union throws the country at the bottom of the ladder of human rights, “said Stoilkovic for Nezavisen Vesnik/Independent daily newspaper, slipping his mind that Hungary itself is at the bottom in the EU with regard to the rule of law and a there is an ongoing procedure to deprive the country of its voting rights.
(GA)