The public is rightfully angry over Nikola Gruevski’s escape, which raises questions about oversights, as well as about the capabilities of the police, admitted Interior Minister Oliver Spasovski. He said they did not have legal rights to follow the former prime minister. At the same time, he claims that the confidence in the MOI is increasing day by day. He does not deny that he could be a candidate for president of Macedonia, but diplomatically responded that the focus is currently aimed at finalizing the name agreement, and then SDSM will think who will be the party’s candidate for Gjorge Ivanov’s successor.

Mr. Spasovski, you repeatedly reiterate that the Ministry has no fault in Nikola Gruevski’s escape. But the public is angry and is demanding answers, and in no way can they get them: Is it possible that the police did not pay attention to his movement, his apartment, and was left to cross half the country’s territory unnoticed and leave the country unhindered?

The public rightfully complains about Nikola Gruevski’s escape. This is a person who is the embodiment of the regime that ruled the country for 11 years. Many injustices were inflicted, many people’s destinies destroyed due to the will of this man. But at the same time, the legal system in this country also collapsed. Something that has been destroyed for 11 years cannot be rebuilt overnight. The escape opened many dilemmas and raised the issue of actions or possible oversights in the Ministry of Interior. The opening of these questions is legitimate and they can be answered, but in order to speak openly, we will have to wait for the investigation of the Public Prosecutor’s Office to be completed. 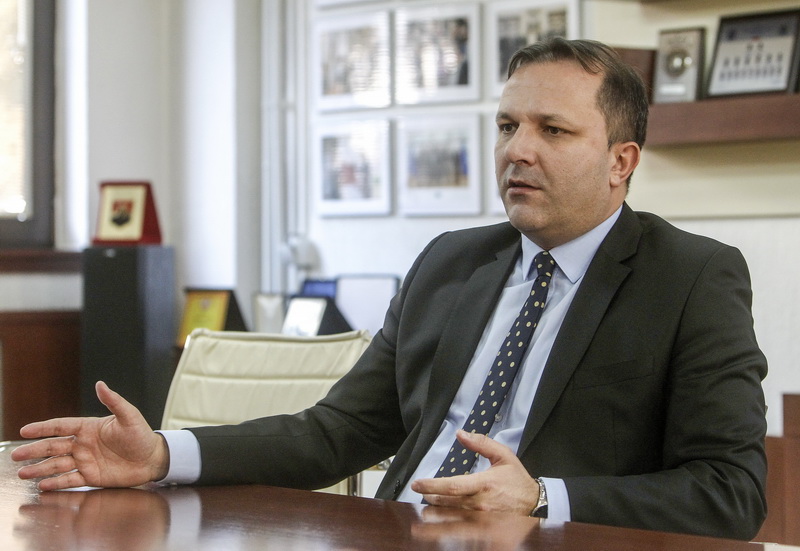 Let’s say you are right and that there are flaws in the system, not in the MOI. But then one more question arises: Is it possible for the security services to have no idea that the former prime minister is preparing an escape involving foreign services?

The services have information that they can obtain using the methods and means legally available to them. The services, both the BJB and UBK, are extremely careful in the use and application of special investigative measures or other methods and means and at no time did they use illegal and unlawful action, and the legal provisions are clear and give directions for action. The facts we have are shared with the Prosecution and they are part of the ongoing investigation. I hope the investigation will be over soon and all details will be disclosed.

The work of the Administration for Security and Counterintelligence is a “cancer wound” to the Ministry. When will it finally be handled only by professionals, and not party staff? Although wiretapping is now in the hands of the newly established OTA, how can we be sure that the UBK does not continue to “listen” in order to blackmail, or from some similar motives?

I can claim that the UBK does not listen illegally. With the new legal solutions, which came into force and are being applied, several degree control is envisaged. I call on the Parliament, and other institutions that have the authority to control, to carry out expert supervision over the entire system for monitoring communications. Let them conduct expert and independent supervision and control so that the public can receive confirmation that illegal wiretaps are in the past.
The reform of the communications monitoring system was the beginning of reforms in the security-intelligence services. We conducted a comprehensive consultation process with the academic community, civil society organizations and lawmakers and together we proposed to the Government a model for the reform of the UBK. The government adopted a model that will establish a new independent body that will be responsible for the protection of national security, constitutional order, fundamental human rights and freedoms, as well as dealing with global security threats. Preparation of the draft laws that will regulate the establishment and competence of this body, as well as the law that will regulate the system of coordination between the several security intelligence services, is ongoing. They are already published on the Single National Electronic Registry of Regulations and are under review of the observations and comments that arrive.
The most important part of this reform will be the process of selecting professional staff who will continue to work in the new agency. The goal of this selection is to choose the best personnel that will guarantee that they work solely in the interests of the country, free of political and party influence, and that will be professionals with integrity and capacity to deal with all challenges. No current UBK member associated with criminal structures will be part of the new Agency or the Ministry of the Interior. 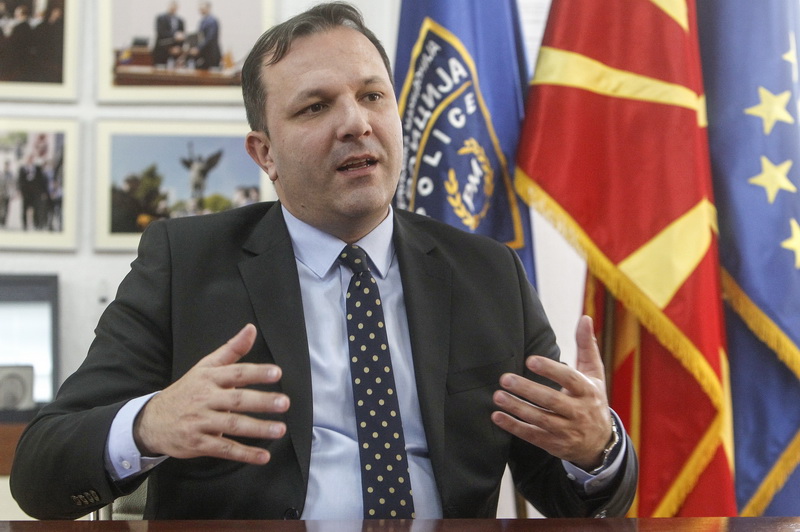 We are now waiting for the decisions on amnesty for the violent events in the Parliament on April 27th, 2017. Do not you think it is defeating for the legal system of a country, as well as for the police as a guardian of the security of citizens, to release the accused for the most violent acts and regain their freedom due to political agreements?

We need reconciliation and forgiveness in the country in order to move the processes forward. The law on amnesty has the ultimate goal of bringing reconciliation, to stretch our hands to the elected people of various party affiliations in the Assembly, with a tendency for it to continue everywhere. It is the ultimate goal. The law itself makes a clear distinction, difference, which means participation in violence, which means the organization or the planning of the event. At the same time, it will send the message that punishment must exist. Now is the moment to take steps and achieve reconciliation in the country, because where there is integration and unity, we can expect greater success for Macedonia. And all this brings us even closer to NATO membership and integration into the European Union.

Your name was also mentioned as a possible presidential candidate. Do you see yourself as a successor to Gjorge Ivanov and what should happen in order for you to accept such a challenge?

I am dedicated to my work at the Ministry of the Interior. Serious reforms of the security services are underway, which is of great importance for the stability and security of the state and the quality of life of the citizens. There is also a serious process in parliament for the adoption of the constitutional amendments in order to implement the Prespa Agreement. First we need to complete this process, then the parties will commit to nominating candidates for the presidential election.