The Ministry of Interior (MoI) has issued an international arrest warrant for Nikola Vojmirovski, who has been sentenced for the attack on MP Zijadin Sela during the 27 April 2017 events in Parliament. The police failed to find Vojmirovski, who was in house arrest up to the sentence’s enforcement. 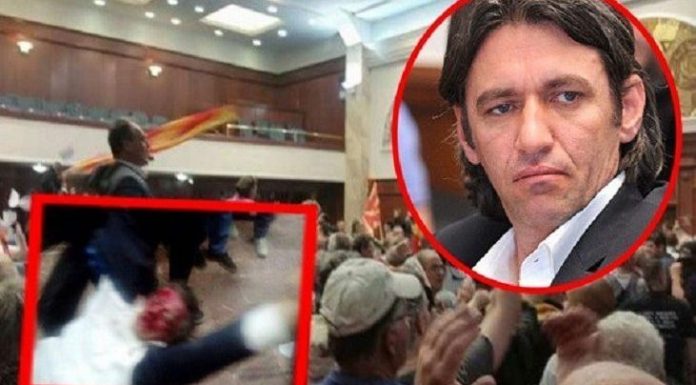 Vojmirovski is sentenced to 13,5 years in prison for the attempted murder of Sela. Six other people received prison terms in the same case.