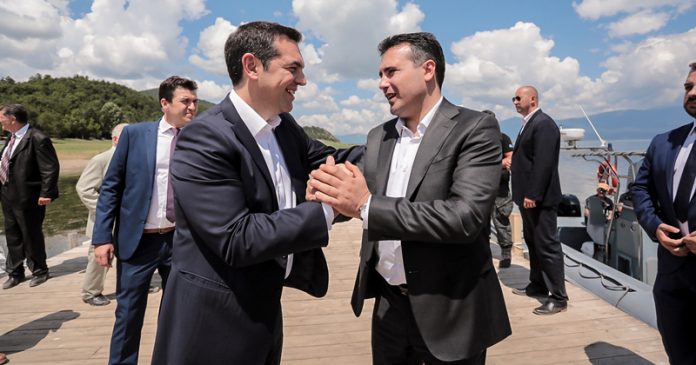 Once the agreement has been signed and ratified in Parliament, it creates a plethora of legal responsibilities which make it difficult for anyone to disengage, Greece’s Defense Minister Nikos Panagiotopoulos said in an interview with Parapolitika newspaper, in an answer to a question about the Prespa Agreement.

The Greek Minister, also a lawyer, says the only way to challenge the agreement at some point is to create a valid legal argument if one of the parties violates its essential terms, adding that “beyond that, it’s not something that can be changed or annulled”.

“New Democracy and the Prime Minister himself said they’d do everything to improve this agreement – which we have characterized as bad and damaging to our national interests – to improve its different points to the benefit of the country.

“What I said a few days ago, which was distorted, is that it is appropriate to create a legal agreement if one of the parties – and here I mean Skopje – violates the essential terms of the agreement, so that at some point it can be challenged on that basis. Beyond that, in reality, it’s not something that can be changed or annulled by a single law or a single article,” said DM Panagiotopoulos.