Nepotism and conflict of interests shook the Council of Public Prosecutors as an institution that is competent for naming prosecutors in the basic prosecution offices throughout the country. US Ambassador Jess Baily said this on Tuesday as a speaker at the inter-parliamentary conference in the Macedonian Parliament.

Baily, who revealed the high SEC scandal a few months ago, has now made public criticism to the Council of Public Prosecutors, following information that the president of the institution has participated in the decision to appoint his niece as a prosecutor in “organized crime”.

As Baily said, the Public Prosecutors Council has a conflict of interest and, if some media were not encouraged to write about this, the public would have never found out.

– It seems that this is a ‘conflict of interest’ situation. No one really knows exactly what happened in that situation. The public and professionals lost a few more ounces of trust in the system. Several journalists have processed this story and we come to the point that the brave media and civil society play an important role in the rule of law,” Baily said, speaking at the session on rule of law.

The ambassador pointed out that citizens should require accountability, transparency and information by the institutions.

-This means that citizens should refuse to look away when faced with violations of laws or corruption, which means that you should not accept things as they are, especially if you are confronted with nepotism and personal phenomena, said Baily.

The courts in Macedonia, he thinks, should be careful about transparency, because very often important court cases are wrapped up with someone, as he said, leading to mystery and it is no wonder that citizens do not trust them. The rule of law, Ambassador Baily said, is one of the biggest challenges facing the country, and very often countries become vulnerable to corruption and crime due to a lack of rule of law. 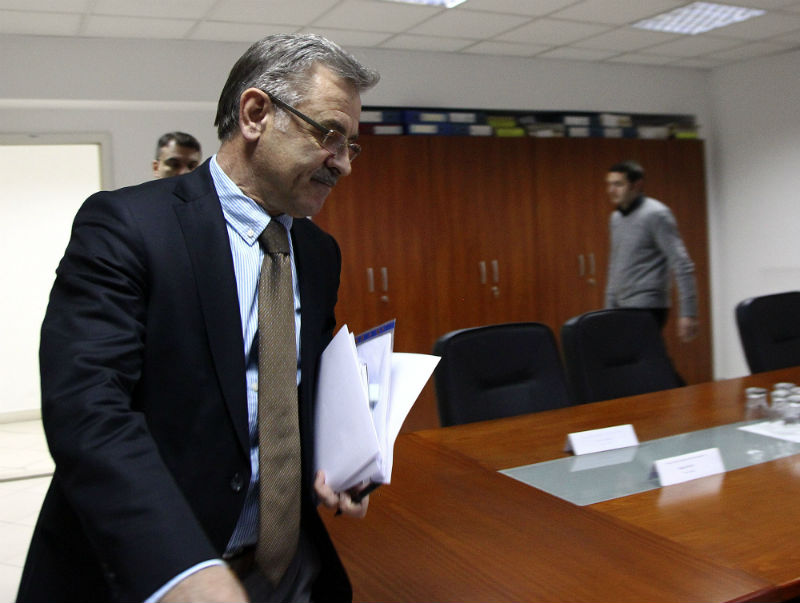 In the past few weeks, some media pointed to several cases of conflict of interest in the Council of Prosecutors. The first case concerns the election of Marija Gjorgova as prosecutor at the Public Prosecutor’s Office for Organized Crime Prosecution. Although the chairman of the Council of Prosecutors, Kole Sterjov, is the uncle of Gjorgova, he also took part in the decision making of her election. Sterjov allegedly voted “abstained”, but he nevertheless helped secure the necessary quorum, in a situation where the Council worked with three members less. Otherwise, according to information by some of the media, Gjorgova is one of two prosecutors who, under unclear circumstances, was fired from the Special Public Prosecution, that is, Katica Janeva. According to the comments in the prosecution, Gjorgova’s dismissal from the SPO reportedly has not been initiated any internal procedure for re-examination of the case, yet it was concealed by the Council of Prosecutors, and she was re-assigned to the Skopje Public Prosecutor’s Office, where she has recently been promoted in “organized crime”.

Then, a “transfer” from the Skopje primary prosecutor’s office to “organized crime” was approved and prosecutors Ivana Trajceva, Engeluse Kariu Lesi and Valentina Bilsimovska; Therefore, although she appeared at the competition, the experienced criminal prosecutor Lidija Raicevic , a doctor of law, who was also a candidate for the state public prosecutor, in Marko Zvrlevski’s place. She, among other things, led the ‘Rover’ case against Ljube Boskoski, and in the past period, she was criticized for the Council of Public Prosecutors. In this case, it was controversial that one of the members whose husband was first accused in the case conducted by Raicevic participated in the “against” vote in the Council of Public Prosecutors.

The Council of Public Prosecutors, in the period before the change of executive power, was in constant conflict with the Special Public Prosecutor’s Office, which was established with international intervention, especially by the United States, in order to investigate cases arising from the wiretapping affair. This clash was especially felt during the period when the Council was headed by Petar Anevski. However, the new head of state prosecution – Ljubomir Joveski was elected from the ranks of the Council. Only Joveski and another candidate of a total of twenty that appeared at the public prosecutor’s competition received a transitional appraisal from the Council of Prosecutors, who now mainly functions in the same composition as when he was in a row with the SLO. Only the prosecutor Aco Kolevski was elected several days ago on the place of Joveski, while Zoran Sulemanov’s position is still vacant, who retired, and Saso Vasilevski’s place, who was elected head of MEPSO. These seats should be filled on the proposal of the Parliamentary Commission for Elections and Appointments, and the candidates are the lawyers Angel Solev (former judge) and Angele Ilievski (represented by Zoran Verusevski in the “Coup” case).