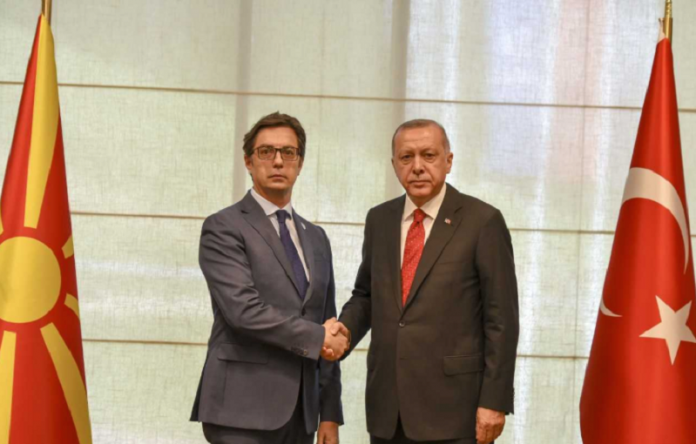 At the meeting, they praised the strong partnership between the two countries and positive trend in development of political and economic relations. Even though trade exchange between two countries continuously is steadily growing, amounting to US$505 million in 2018, and eyed expanding the economic cooperation in the interest of both countries, President Pendarovski’s Office said in a press release.

Pendarovski and Erdogan exchanged views on developments in the two countries and the region. Pendarovski expressed expectations that Turkish Parliament will soon ratify North Macedonia’s NATO accession protocol after being approved by the Turkish Parliament’s Foreign Affairs Committee.

Erdogan accepted the invitation from Pendarovski to pay official visit to North Macedonia and congratulated him on assuming of office, wishing him success in his work.