“The Prespa Agreement is not balanced and therefore problematic,” said Dimitris Avramopoulos, the EU Commissioner for Migration, Home Affairs and Citizenship and former Greek FM in regard to the debate on Prespa Agreement in Greece’s Parliament in Athens.

“All  governments in the past had agreed on the geographical distinction, in this case the word ‘North’ before Macedonia, but not on the historic definition that is attempted through the agreement. Ethnicity and language mean nationality and give way to irredentist nationalist policies,” said Avramopoulos. 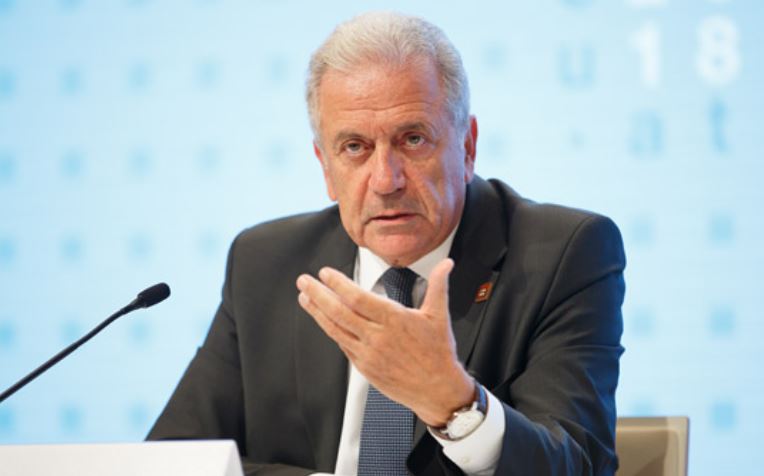 He added that the government rather than ignoring the political parties, it would have sought national consensus before reaching the agreement.

Avramopoulos’s statement is in contrast with the official position of the European Commission, which has fully backed the agreement saying it’s a historic moment for the European future of the Western Balkans.

“I repeat that the College of Commissioners has taken unanimous position, and that position was clearly expressed by EC President Juncker and Commissioner Hahn. This is an important agreement to resolve one of the oldest issues in the region and the opportunity to overcome the past, not only in the region, but in whole Europe,” Margaritis Schinas, European Commission Chief Spokesperson told journalists at Thursday’s press briefing.

He added that the European Commission is now following the process in Greece “the only thing important now is the vote of the Greek Parliament, which sovereignly decide on the next steps.”

Dimitris Papadimoulis, a Syriza MEP and vice-president of the European Parliament, lashed out against Avramopoulos and accused him of hypocrisy.

“After months of silence, Commissioner Avramopoulos issued a statement on the Prespa Agreement that seems like Pythia’s prophecy. Does he stand against the Commission’s positive stance on the Agreement? If not, what is he aiming for? One foot can’t stand on two boats!,” said Papadimoulis.