Foreign Minister Nikola Dimitrov held a meeting with German MPs Josip Juratovic and Martin Rossmann and representatives of the Friedrich Ebert Foundation in which he extended gratitude for the exceptionally important support of Germany to Macedonia’s progress on its EU and NATO path in the past several months. 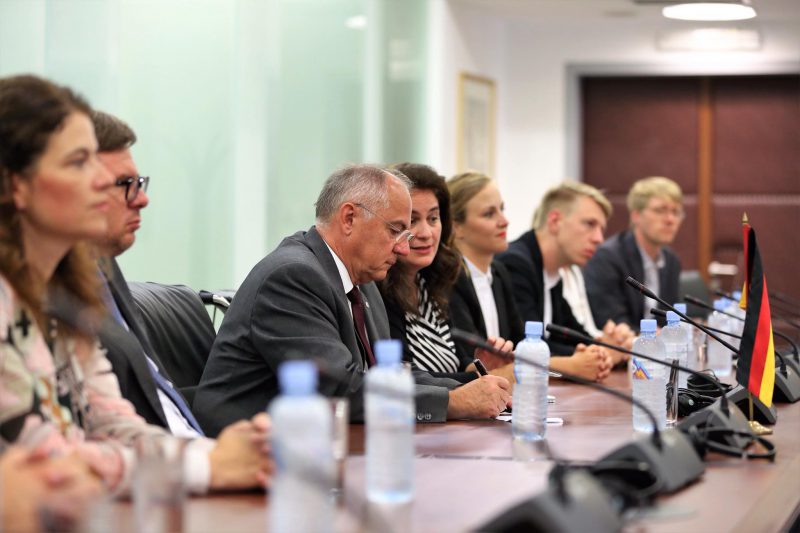 Dimitrov also praised the vital role played by Germany’s Bundestag in the process, the Foreign Ministry said in a press release about yesterday’s meeting.

Informing his interlocutors about reforms and implementation of the name agreement reached with Greece, he said that ‘the growing interest and frequent visits by German officials are a clear message about the kind of Macedonia our most important European partner is supporting and a clear encouragement about the steps we must make in this crucial times for our country and its citizens.’

The MPs Juratovic and Rossmann welcomed the evident progress of Macedonia in reform implementation and in its bid to join the EU and NATO, with an emphasis on the name deal with Greece.

Juratovic noted that the agreement represented ‘a bright spot not only for the two countries, but also for the entire Balkan region and Europe and a clear example of the fact that two democracies could reach an agreement even for the most complex issue only through an open dialogue and a policy of compromise.’

Juratovic said that this achievement was a motivation for all democratic forces in the region and beyond. “Berlin strongly supports and champions a full implementation of the agreement,” he noted.

A mutual satisfaction with the excellent cooperation between Macedonia and Greece was expressed by the interlocutors, who also shared views about current developments in the region, stated the press release.