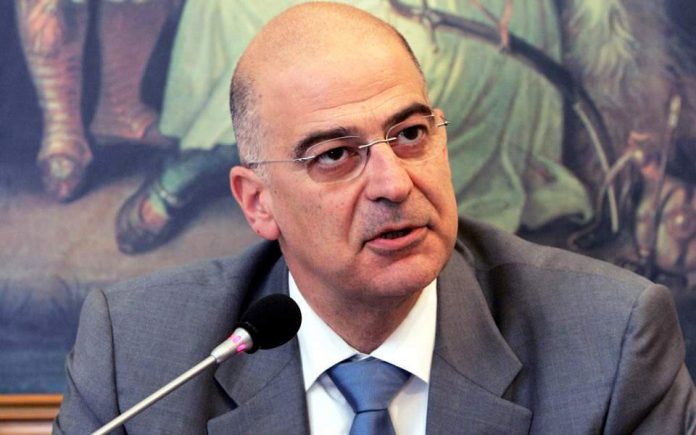 “We won’t allow deviations from what has been agreed, it’s necessary North Macedonia to be obliged to implement the Prespa Agreement”, Greece’s Foreign Minister Nikos Dendias said in an interview with Greek radio Alpha 989.

Speaking on the Athens-based Alpha radio, he said he had clarified the issue to his counterpart Nikola Dimitrov when they met in Helsinki. The Greek Minister said Dimitrov assured him that the government in Skopje would abide by the treaty.

In the interview, Dendias said efforts needed to be made for building a new relationship between the two countries. He also urged North Macedonia and Albania to follow the European model if they were striving to join the European family.

“Let’s try and build new relationship, but efforts must be invested by the other side, too. We’ll have to see if good will and credibility is going to be invested. Greece is here to help. We’re European country in the Balkans, we aren’t a Balkan country in Europe,” the Greek diplomat said.

Asked whether Greece in October would give the green light for North Macedonia’s European perspective, Dendias noted that the agreement must be respected. “Only if, if, if – I repeat three times if – they abide by what has been agreed, interpreted in a very strict way,” said FM Dendias.