About 1,000 people staged a protest Wednesday in front of the government and Criminal Court buildings in Skopje, outraged by the prosecution’s decision to amend charges of ‘premeditated murder’ to ‘endangering property and people’s safety in traffic’ in the so-called ‘Almir’ case.

Protesters in Skopje carried banners, reading ‘No Justice, No Peace’ and chanted ‘Justice for Almir’. They also placed toys, balloons and banners between metals bars on the government building’s fence.

Visar Vishka, an actor who was among the protesters, said the demonstration was against ‘rotten justice’ in Macedonia, and called for the resignations of the prosecutor and the judge involved in this case. 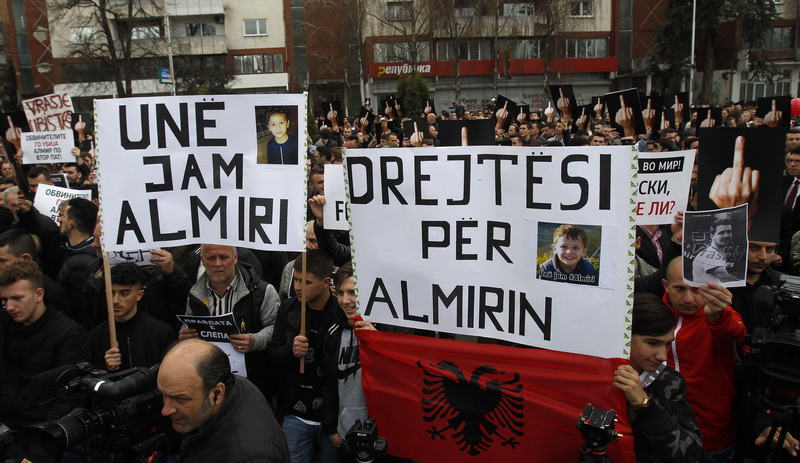 Four-year-old Almir Aliu succumbed to his injuries about a week after being hit by a car in the northern town of Kumanovo in June 2016, allegedly following an argument between his father and the car’s driver. The argument allegedly broke out after the boy’s father allowed someone else to cut in front of him in line while waiting to see a doctor at a local hospital, angering the driver who was also waiting. The confrontation reportedly escalated to the point that relatives of both families arrived and joined in. The car’s driver has said he didn’t mean to hit the boy, and had accelerated in his car only to escape the father’s relatives. 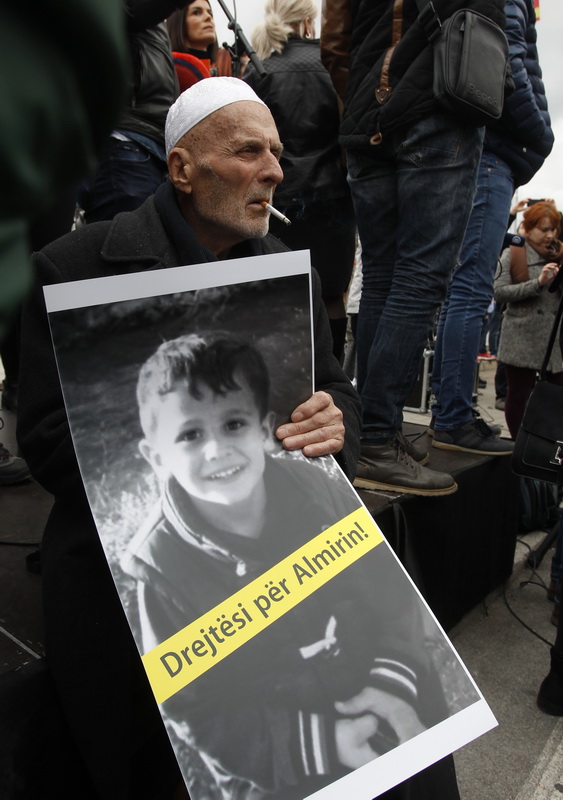 In the hospital video footage, released in July 2016, the car of defendant Boban Ilic car was seen slamming into the boy and his parents, who were also injured. 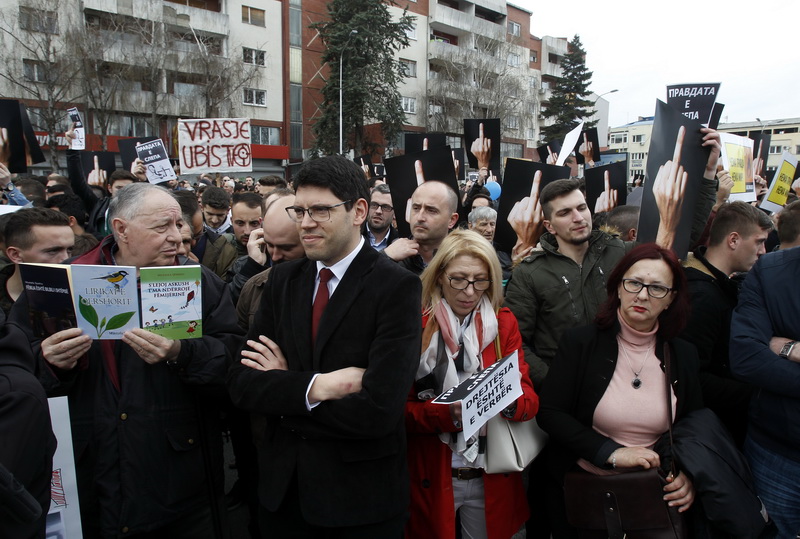 Yesterday Justice Minister Bilen Saliji tendered his resignation over the ‘Almir’ case after a prosecutor reduced the charges against the car driver.