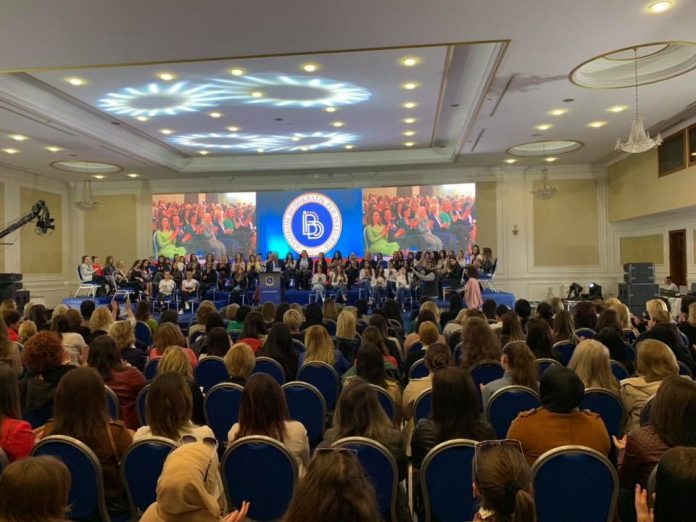 Talking about the equitable representation of women in the leadership of the party and state institutions, as well as the consequences that would arise if President Gjorge Ivanov signs an abolition for the convicted for the April 27 case, DUI leader Ali Ahmeti at the Election Assembly of the women’s party forum once again forgot to mention the name of the joint candidate for the head of state – Stevo Pendarovski. In the daily practice of the campaign, this habit began to become more and more apparent to critics who are looking for hidden agendas with an important coalition partner in the government. The headquarters in Mala Recica and at Ilinden Street calm down and explain that they work together on achieving their goal – victory in the elections of their consensus presidential candidate Stevo Pendarovski.

DUI rallies are held in their usual choreography, and rhetoric that is more suitable for general elections than it is for presidential elections. A great part in that, of course, is the fact that the party decided not to run with its own candidate, but to support the one selected by SDSM, although it is trying to present it as a joint agreement before the public.

“The election monitoring we are conducting shows that DUI runs a political campaign without mentioning his name, nor does it provide for the presence of presidential candidate Stevo Pendarovski. The party’s propaganda materials only have “consensus president” written on them, pointed out the NGO Civil.

Civil added that the situation is even worse with the other Albanian parties that are part of the government (DPA and Afrim Gashi’s Alternative), which do not have any elements of the presidential campaign, or the candidate they support, in their activities.

“In their meetings with the citizens, although the main topic is the presidential elections and the support of Stevo Pendarovski, he is neither mentioned by name nor present, not even his number on the ballot is mentioned. On the other hand, at the last rallies, DUI, DPA and Alternative, they even started redirecting their pre-election rhetoric. More and more, party leaders began using these rallies to exchange accusations, and talk more and more about who and what they did for the Albanians,” concluded Civil.

Prime Minister Zoran Zaev, meanwhile, says the support Pendarovski receives from  DUI, and from other parties representing ethnic communities in the country, is indivisible.

“Deputy Prime Minister Bujar Osmani spoke at a central rally in Skopje and praised Stevo Pendarovski as a “glue that hold ethnic communities together”. Even Ali Ahmeti has mentioned him, but maybe not enough. I do not know why the public has such a perception, asked Prime Minister Zaev.

DUI officials also claim that the analysis of the NGOs, as well as the media reports that there is no room for Pendarovski at their rallies, are incorrect.

“This is not true, our support is publicly expressed and it is not questionable,” the party claims.

Analyst Armend Nuhiu sees hypocrisy in the ranks of DUI, which claims that it stands side by side in the candidacy with SDSM for Stevo Pendarovski, but it does not demonstrate it anywhere in the campaign.

“It is unfair and hypocritical not to stand behind a candidate whom you have chosen with your government partner, not to stand next to him at rallies, not to mention his name, not to put up his posters, not have the country’s flag and some other features. Ahmeti was supposed to be at every rally with the Prime Minister. I do not like the way DUI runs this campaign. It will also lose voters, because people understand, they also want to visually see that the leader of DUI is together with the SDSM leader at a rally,” Nuhiu emphasized. 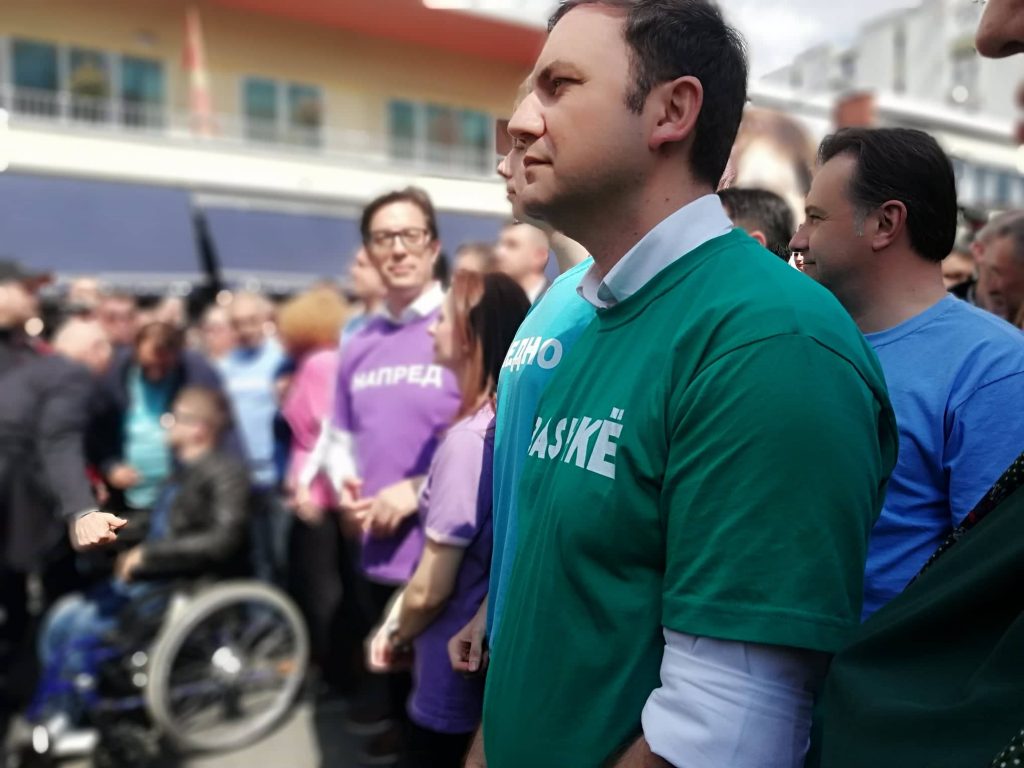 Sela: We will never vote for someone who is not Albanian

Presidential candidate Blerim Reka believes that a change in political life in the country will happen on Sunday, and suggests that with his new concept he will correct the current government policies.

“In order to be a country, there should be a rule of law. We have no option other than the EU and NATO, and corruption and unemployment must stop. We should also know that we are not a statistical nation, but we are Albanians,” said Reka.

The president of the Alliance of Albanians, Zijadin Sela, criticized SDSM and DUI because Albanians in this coalition were not well represented.

“Our duty is to take off your mask and the fact that you have been manipulating with Albanians for the past 18 years. We will never support someone who is not like us and is not an Albanian,” Sela said in Zelino.

Besa leader Bilal Kasami said that the DUI should not make such a consensus because “when doing something, first you talk to your brothers, not your neighbors.”

“Pendarovski knows that he will not have the Albanians’ clear vote. DUI in 2014 did not support him because he was the opposition’s candidate, and now gives him support because he is part of the government,” Kasami stressed.

SDSM leader Zoran Zaev told the main opposition opponent that it’s highly unlikely that his party will return to power.

“I hear them pretending to be these great patriots and nationalists, these big VMRO members. Do you know that Nikola Gruevski comes from the Democratic Alternative, Hristijan Mickoski comes from the Socialist Party, and Gordana Siljanovska was part of the SDSM government, and that the current leadership of VMRO-DPMNE is from the People’s Party? They are only interested in power, nothing else. They are even ready to flush the country down just so they could get the power back, but it will never happen. There is no going back, there is no way back because we have chosen the right path and there will be no giving up”, Zaev said in Kumanovo.