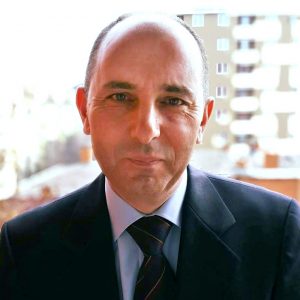 Due to a number of factors, we are living in an age when statistics of all kinds, often prosaic, are better and growing in number even when they are easily accessible to everyone and comparable on international level. This greatly improves the awareness of all people and various entities and organizations in the world, and greatly improves their critical point of view towards things that various PR services or other wrongly concerned entities usually want to serve them, with a dose of covert or open bias, and even hide them completely. Now it is much easier for everyone, data is becoming more accurate, accessible and more transparent, and that trend is likely to grow to, so far, unpredictable levels, which will make life even more predictable and easier, and the processes of managing different systems will become more complex, in need of more knowledge and skills, including experience, simply because information is no longer as monopolized and difficult to transfer as it was before the ICT technological revolution.

Without further ado, the benefit of such a situation with information and statistics is enormous. Thanks to this, for example, these days we learned that within the EU countries in 2018, 28.3 percent of residents could not afford a week-long vacation outside their home. At first glance it is a high percentage (more than every fourth EU resident) for countries that are part of the most developed club in the world and with a visible and proven lifestyle that is much more comfortable than others and more oriented towards a more favorable combination of work effort and enjoyment accompanied by secured and used social (health, educational, pension, direct social protection, etc.) rights, compared, for example, with the United States or Japan, and S. Korea.

However, one figure sheds a completely different light on the previous one, that just 5 years ago, in 2013, even 39.5 percent of those same EU citizens (since then the EU has neither expanded nor shrunk by number of member states) could not afford such a vacation away from home. This means that in 2013 out of 3 residents who could afford, 2 could not afford a week-long vacation outside their home. Reducing the number of such residents by about 30 percent, or by more than 11 percentage points (from 39.5 to 28.3 percent), within just 5 years is fascinating and speaks to the fast approaching times when this number of EU citizens will be reduced to about 10% or less than 10% as it is now, for example, the situation in Sweden with 9.7%. In a word, with all the problems that exist in its functioning and with all the internal pressures, inefficiencies and the inefficiency often mentioned within the EU, it seems that Member States and EU citizens are making serious progress in the quality of life and providing themselves with a very decent life and even more predictable life in the future. Something that still makes them a magnet for many people around the world, even for those from their own less-developed countries – members who want to move, live and work right there.

Naturally, it is wrong to realize that inside the EU everyone has an equally good life and perspectives. First, it is obvious with regard to the existing differences between Member States and, secondly, between the citizens in each individual Member State. In the first case these are, for now, insurmountable differences in the level of development. In this particular case, with the opportunity to afford a week-long vacation outside their home, for example, in Romania, Croatia, Greece and Cyprus over half of the population cannot afford the infamous 7-day vacation outside their home, and in the latter, it is evident that even in Sweden, Denmark and Luxembourg, which are at the very top of EU benefits, not all citizens can afford it. This is to some extent understandable, although it does not mean that it is acceptable. But what is most important is that it is statistically quite convincing and good progress overall.

The comparability of our country with these data is practically amazing. According to some data that are found in Macedonia, over 63 percent of the population, or close to 2/3 of the total can not afford a week-long vacation outside their home. The reasons for this are many. It may be better for us to use inverse data, which is that just over 1/3 of the population, I would say, can afford the “luxury” of a week-long vacation outside their home. Astonishing for a relatively industrialized economy that generates over 55 percent of its GDP in the service sector – private or public.

It is clear that such a serious deviation of our statistical indicators compared to those of the EU is neither unknown nor accidental. They are common and highly anticipated. But what is causing the uproar is that for the past 2-3 decades there has been no visible, even insignificant, reduction in EU differences, and neither is it in sight. If we look for the reasons for such a situation, they appear to be of a subjective nature in an ever-increasing extent. Objective causes are less and less, and the subjective are greater in number. If this country, for example, cannot rid itself of the wrong political and business elites for decades and if it cannot build a single serious institution or promote an elementary social or political consensus, then what could it be expected as a possible outcome for it.

The people who run this country at the highest and intermediate levels often appear as a kind of “messiah” for a short period of time and then soon end up infamous and dismissed as completely inadequate for what they were in charge of. Most often they themselves are to blame. They come promoting high moral standards and principles and expertise, and quickly end up with cases of unprofessionalism, corruption, nepotism, abuse, other crime or immoral behavior, and as a result, are quickly and illegally enriched on the backs of citizens. Members of the Assembly, the executive and the judiciary authorties are typical cases of such behavior that simply never stop. Of course there are other individuals that are exceptions, but they are not the main feature of institutions. The former ones are.

That is why in the country, high-profile crime cases multiply much faster than they can be resolved and are de facto resolved. It is no coincidence that we are conveniently under the impression that everyone is into some level of corruption, nepotism and crime and that there is no way out. By the time one case is resolved, literally a hundred new ones will emerge with great intensity and not even five will be resolved and everything will start from scratch. In such circumstances impunity as a principle becomes the basic principle of the functioning of the system and thus the system slowly but surely sinks like a torpedoed ship in the open ocean. No one solves the problems of society, everyone is oriented to self-interest without responsibility for their work and without punishment for illegal and criminal behavior, and few seem to be worried about it, so in such circumstances any overall and common result is pure illusion. The system becomes toxic.

Therefore, it is not surprising that our results cannot even begin to come closer to those of the EU and that the EU as a more advanced organization and more developed economic and social structure has been consistently succeeding, in a relative sense, to be many steps ahead of us, although it is expected that the less developed and less organized structures like ours, to make bigger and bolder steps and change faster. But this is not the case, and a perfect illustration to that are the indicators of a faster reduction in the percentage of the population who cannot afford a week’s vacation outside their home, within the EU and here as well.